Choose Your Own Title

At Northern.tech employees are allowed the freedom to choose their own organizational title. You may ask why a titleless culture currently resonates at Northern.tech. Read on….

The concept of titles

According to wikipedia, a title is a prefix or suffix added to someone's name in certain contexts. In the world of business, titles follow the structural design of an organization. Almost all organizations today are formed as hierarchies. It means there are fewer people on the top than at the bottom. In most cases it also normally follows that the higher up in the hierarchy, the more power (influence and decision authority) one can wield. Title can be explained as an artificial concept used to express a degree of power and a hierarchical position.

A typical organizational structure encapsulating various titles, especially in high-tech, looks like the illustration below:

The chain of commands starts at the CxO-level and descends down the hierarchy to its final destination, the Worker. Besides the Worker all the other titles imply “managing” others. Managing typically means to set goals, directions, decide and instruct others down in the hierarchy so they perform better for the greater good of the organization - in theory at least.

Northern.tech organizational design at a glance

The organizational structure at Northern.tech can be viewed as a symbiosis of roles. Everyone serves one or more roles. The owner of the role has full autonomy within the role. Besides strongly encouraging benefitting from the knowledge of the crowd (which is very easy these days thanks to technology), each and everyone is solely and fully responsible and accountable for their role. No consensus, group or committee decision making.

For a decentralized autonomous structure to work, information needs to be widely available on a pull basis. This means the decision maker must have access to whatever information needed in order to make the best possible decision. This further calls for an organization based on transparency, a prerequisite for information to be available and accessible by everyone. The underlying assumption here is that decisions should be taken as close to the action/event/process as possible. This ensures speed. Further, it allows decisions to be made by the ones closest to the issue, and the ones who probably are most equipped to make the best decision.

At Northern.tech there are no formal structures. We work autonomously, and most often in teams (as they make sense). Instead of scaling the team size, we seek to scale the number of teams and constellations. To ensure coordination, we have a coordination (link) team, but thanks to technology most coordination happens on the fly in various systems we use (for instance in software development tools, chats, etc.). Below is a simple illustration:

As you can tell from the above, our model does not rely on titles. This alone doesn’t justify not formalizing titles, but let’s look more into the potential advantages and disadvantages of titles, and why not using or structuring our organization around titles so far has won.

Below are paramount challenges and risks associated with the use of titles, and how a titleless organization can steer clear of them.

Titles come with positive attributes, but most of these can easily be achieved in a titleless culture. Below are some examples.

Based on the analysis above, and in my opinion, our model supports or enhances the positive sides of using formalized titles. Also, a titleless culture (meaning anyone chooses whatever title they deem fit) avoids the potential devastating disadvantages of designing an organizational model around titles as listed in the table above.

I believe a major contributor to the miserable professional life of millions of people can be explained with something as easy as titles and unfortunate organizational design that is tied to the very same titles.

Titles are much more than a word or two on a business card. Mainly, they are a function of last century’s industrialization and the need for labor doing demanding, manual work under harsh conditions which are barely human worthy, and therefore creating the need for managers to ensure peace and quiet. Luckily the world has moved on and working conditions greatly improved, but the use of titles have not.

By building a culture where people choose their own titles, I hope Northern.tech can lead the way for many others to follow in an attempt to make the workday less filled with political nonsense, and more focused on individual creativity and team achievements. 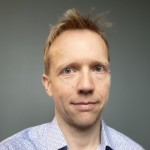 « Back to the blog